To read an item in the Table of Contents just click on it. 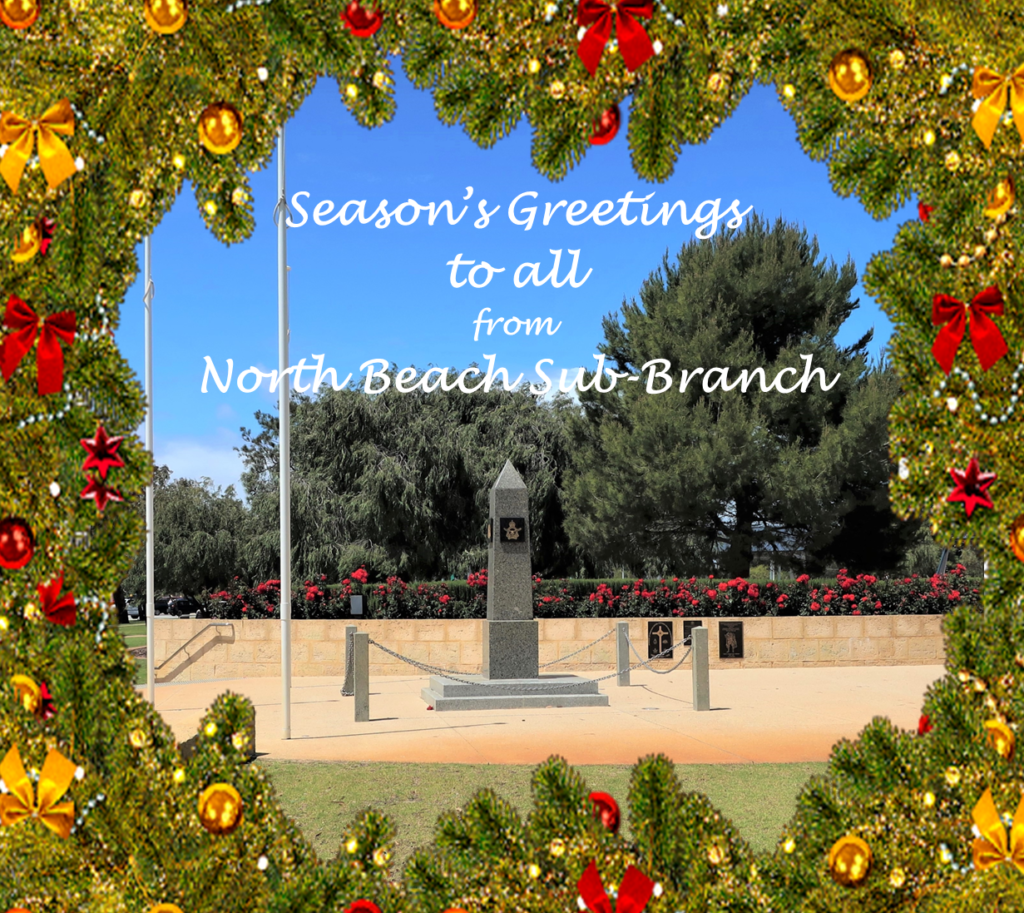 Message from the President

On behalf of the Executive I would like to wish you and your family the very best for the festive season.

Our 2020 year has, like all organisations world-wide, been one impacted by COVID-19, however we have all managed our way through this difficult time with each other’s support.  Our meetings since restrictions were lifted have been well attended and our membership continues to grow.

August saw Rob Sweet step down as Secretary after so many years of providing valuable service and support.  Trevor McEntyre was appointed as the new Secretary and the administration of our Sub-Branch continues to be in good hands.

Although our activities were curtailed in the first half of the year, we are now seeing a return to normal.

Our Wednesday and Friday Walking, Kayak and Cycling Groups have had regular good attendance and the regroup for coffee that follows at about 09:15 is most popular.  The Four Wheel Drive Group left and returned from their adventure in November.  Steve Fletcher organised Poppy collections, and  Remembrance Day was commemorated by a good representation of our members and the community.  Following the service Plaques were unveiled in our Wall of Remembrance.  Our Christmas Lunch at Hillarys Yacht Club was well attended by a broad representation of members and special guests.

November also saw the Opening of ANZAC House – Veteran Central, which has been a significant achievement for RSLWA and its members.  I attended the Opening with Rob Sweet.

Next year promises to be one of more special events, tours and Peer Health activities, including a planned Tour of Duty of Darwin in June 2021.

I would like to thank all of our members and the special guests we have had at our meetings throughout the year and wish you all the very best for the festive season, and 2021.

We will also remember those Members who are no longer with us – and wish their families our best wishes for their festive season. 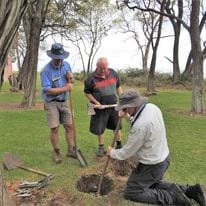 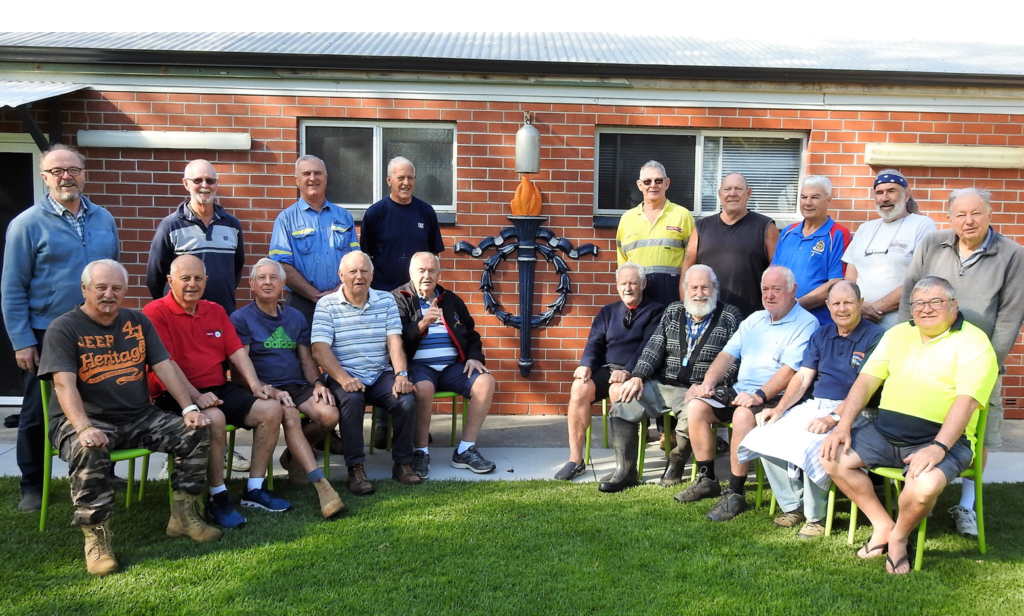 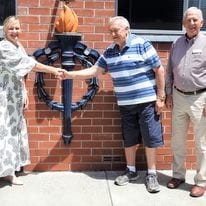 Roger Hardwicke’s band of workers undertook a tour of duty at the Legacy Camp, Busselton during early November.  Once again, they performed their miracles on behalf of Legacy.  A worthy cause that has been undertaken by our Sub-Branch for some years, and one that has significantly contributed to the future of Legacy.

Remembrance Day at the North Beach Sub-Branch Memorial on Charles Riley Reserve was well attended by our members, members of the community and local school children.  Wreaths were laid and plaques in our Wall of Remembrance were unveiled under the shade of the Lone Pine.  Plaques  remembered Louis Warner, Abel Seaman HMAS Kanimbla; Peter Woodward, L/Cpl. RAASC; and Arthur Cressall and Robert Bowers, both LAC’s RAAF. 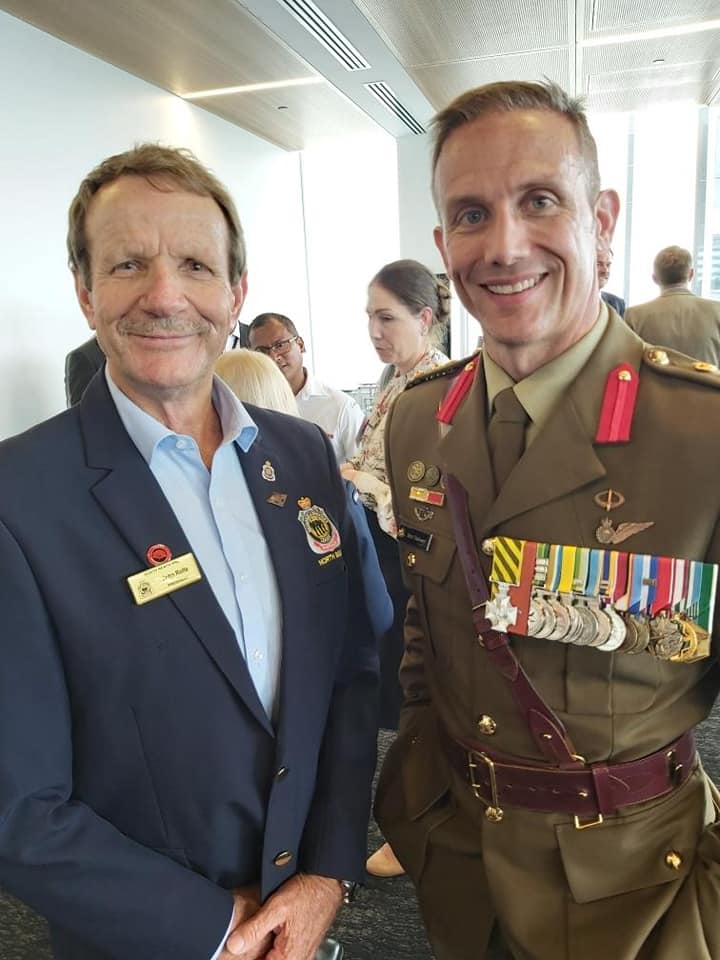 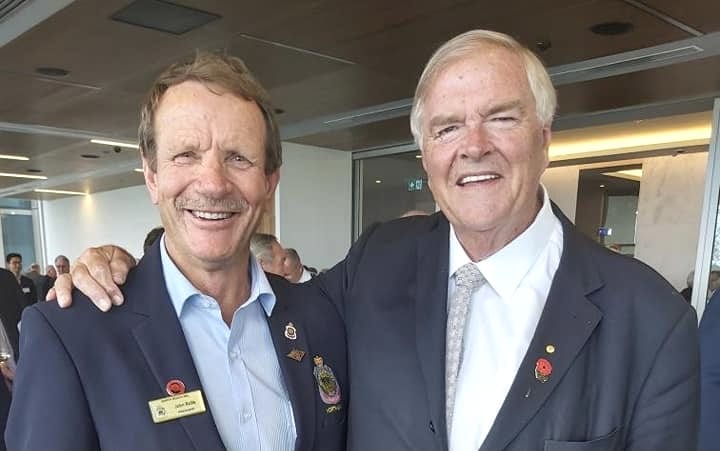 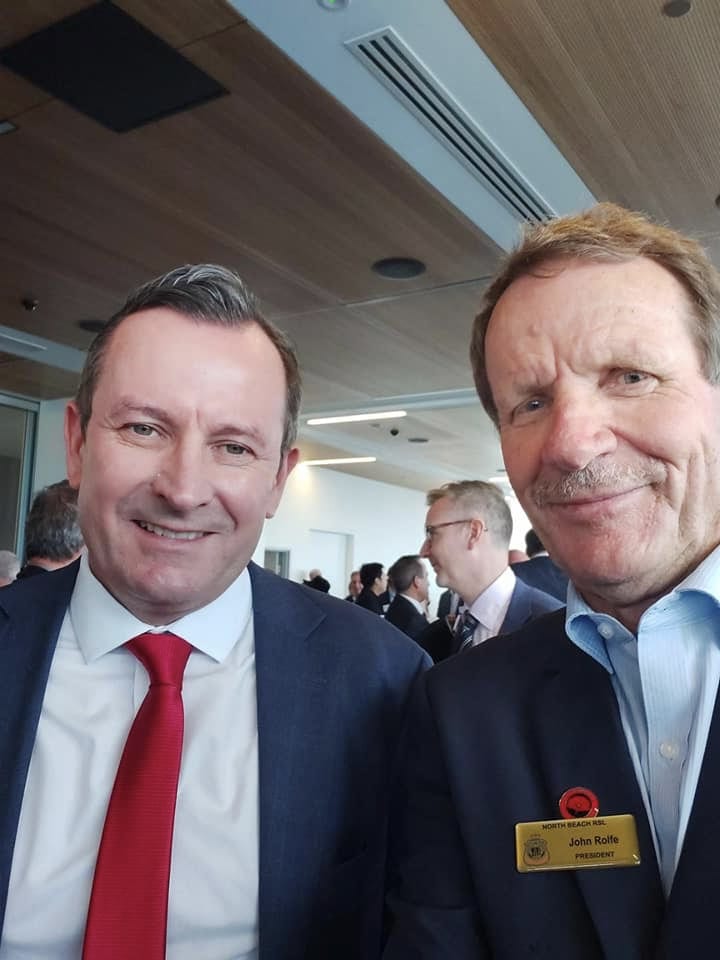 On Thursday 26 November, our Sub-Branch hosted a Christmas Lunch at the Hillarys Yacht Club.  Once again, this year was well attended by members and guests, and a special thanks must go to organiser Peter Edwards, MC Jon McKenzie, and Prize Coordinator Paul McGuinness.  A wide variety of prizes were donated for the raffle, which was conducted by our MC, and ably assisted by member Vince Connelly MP. 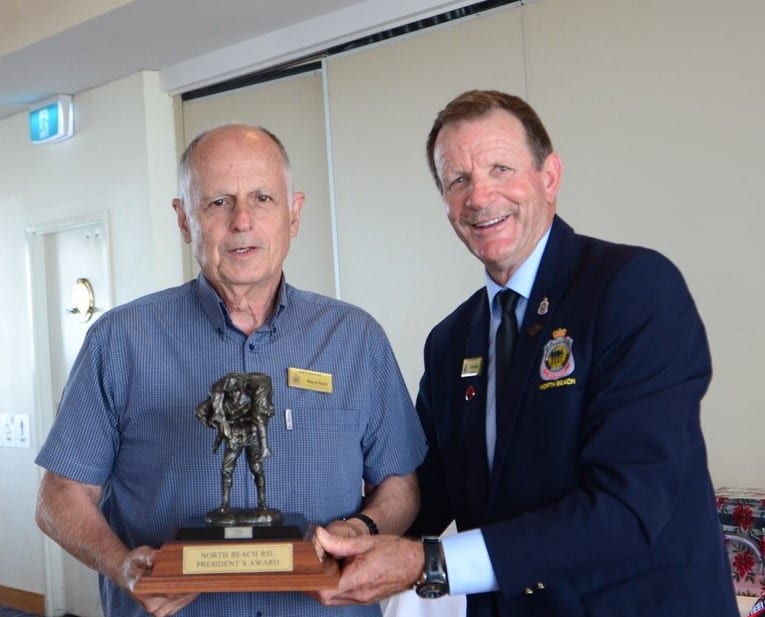 President John Rolfe presented Wayne Koch with the trophy of Member of the Year for his work “behind the scenes” and assisting with the smooth management of our Sub-Branch.  Well done that man.

It was great to see a wide representation from our membership attend from the younger members, to those who have eternal youth.  Making a most welcome attendance was Merle Best, wife of our late esteemed member Basil.

All of our Sub-Branch social events and activities are coordinated by the Social Activities Coordinator Paul McGuinness.  For more information contact Paul on 0417 181 025.

Events and activities that are in the final stages of organisation include:

Searching for the military and service history of a family member can take time and effort.  These two links are the more common ones available.  A digital copy of their service records may also be available, if not, then information is available on how to obtain them.

For those who like military themed purchases or gifts, did you know that the Australian War memorial has a large range of items listed for sale.  Prices are reasonable and its worth a browse.  Just click on the above link or enter it in your internet browse.

For more information and an application form, visit: www.gallipolischolarship.com.au

DVA Services over the Holiday Season

DVA will continue to provide support to veterans and their families during the holiday season.  However, please be aware that some services will be affected.

Mental health and suicide prevention is everyone’s business, and we all have a part to play – check in on a mate, ask them if they are okay, have a conversation and help them get the support they need.

Open Arms Website contains a valuable source of information – https://www.openarms.gov.au/ and can be reached 24/7 on:

And On A Lighter Note – No Reflection on Officers

The company commander and the sergeant were in the field.  As they go to bed for the night, the sergeant said: “Sir, look up into the sky and tell me what you see?”

The commander said, “I see millions of stars.”

Sgt: “And what does that tell you, sir?”

Sgt:  “Well sir, it tells me that somebody stole our hoochie.”

The Chief of Staff decided to personally recruit some pilots and he saw two young twins.  He looked at the first twin and asked, “What skills can you bring to the Air Force?”

The first twin looks at him and says: “I’m a pilot!”  The General gets all excited, turns to his aide and says: “Get this one in today, all the paper work done, everything, do it!”  The aide hustles the first twin off.

The General looks at the second twin and asks, “What skills can you bring to the Air Force?”  The second twin says: “I chop wood!”  The general replies , We don’t need wood choppers in the Air Force, what real skills do you have?”

“I chop wood!”  The general huffs, “You are not listening to me, we don’t need wood choppers, this is the 21st century!”

“Well you hired my twin!”

“Of course we did,” says the general, “Your twin is a pilot!”

The second twin’s eyes roll and says “So what!  I have to chop it before he can pile it!

Tune in to The Listening Post every Monday 1800-2000, Capital Radio 101.7 FM, Capital Digital and from anywhere via www.capitalcommunityradio.com – Perth’s only radio program specially for Defence personnel, past and present, their families and friends.

If you are not receiving emails from the Secretary advising you of important events, please forward your phone number and email contact to: northbeachrslwa@gmail.com

Our Commemorative committee organises ANZAC Day Dawn Services, and planning for the Remembrance Day service.
Funding for the Dawn Service is mainly from Lotterywest and the City of Stirling.

Walkers meet Wednesday and Friday, southside of Hillarys Marina from 08:00-08:45 for a stroll or controlled stagger along the coast.

Our kayakers meet up at 08:00 in the Yacht Club carpark for a paddle and pick up debris from the Boat Harbour.

Our cycling group is also gaining in numbers.

All Members are welcome to join our Coffee and Talk Group that meet on the south side of Hillarys Marina each Wednesdy and Friday from about 09:15 – Look for the sign.